Last week, I was super proud to be again be part of Maine Startup & Create Week. When I moved to Portland from New York City 2 years ago, this event was one of the first things in town I got involved in. The all-in hustle of the volunteer organizers felt familiar to me, and they not only accepted me, but sucked me right in… like any good understaffed and overly ambitious group.

And slightly irrational ambition is a must, given the task. Putting on a conference anywhere is a big job. But putting on a week long, volunteer-run conference with the hoary goal of changing culture and building an innovation ecosystem – in a state known for its slow pace and aversion to new people and ideas – is a hugely ambitious task. Changing mindsets, inspiring entrepreneurs, attracting investors, showing proof, all needed to happen simultaneously. In a place like New York, the speakers and audience for this are primed and available in large quantities. In Maine, you have to lay the groundwork, maintain faith that it even makes sense, and work for every single attendee.

Looking at Maine Startup & Create Week from the outside, it may seem quaint compared to the pyrotechnics of comparable events in bigger cities. But over that last couple of years, despite starting from zero, the team has now hosted approximately 400 speakers and thousands of attendees from almost every state, and made innovation entrepreneurship a serious conversation in state policy and business circles. This is not only good for Maine, it is also important as a symbolic model of how innovation can be fostered outside of major urban centers. If we’ve learned anything in the past year, it is that the huge gulf between the opportunities in major cities and those outside is not a sustainable model. 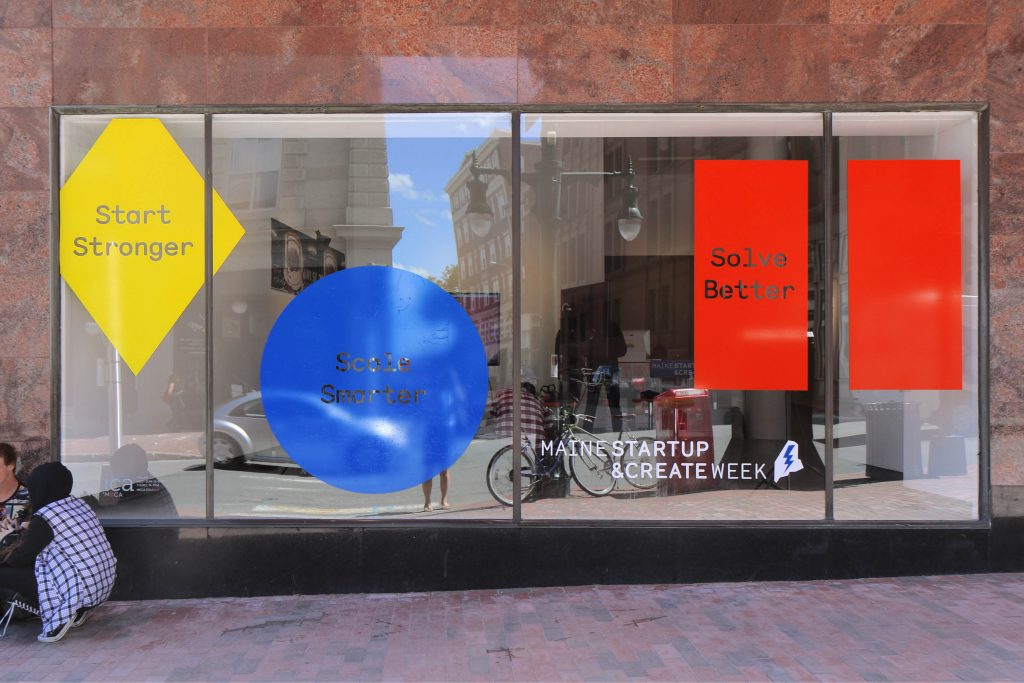 This year I was thrilled to be able to lead a brand strategy and positioning effort for MSCW, that culminated in a new visual identity, website, and event design. I’m the first to admit that how something looks is not as important as the wealth of knowledge of the speakers, the insights from the conversations, and the spontaneous connections that arise from the week. But I wholly believe that a well designed presentation helps set all those elements up for success and gives them the platform and introduction they deserve.

Together with the leadership of Jess Knox, my marketingcollaborators Elizabeth Buckley and Kate Curran, as well as the rest of the Steering Committee… it rocked! The week had more founders, more great conversations, and more traction than ever before.

We’re still not 100% polished, and still sweat make it happen. But isn’t that the most exciting time to be part of something anyway – when you can still be a part of making a difference?